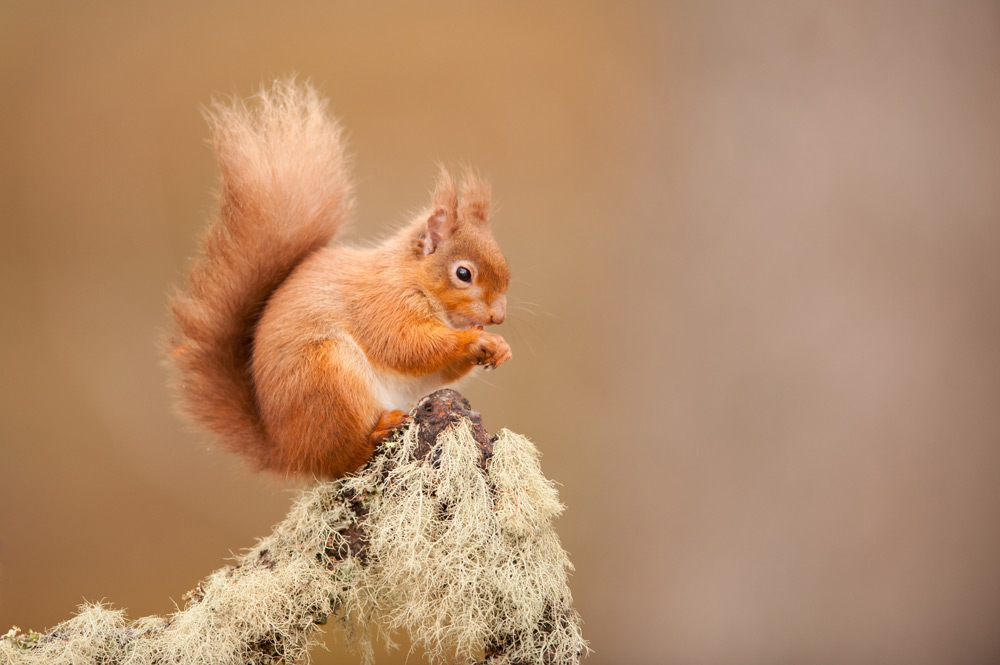 Red squirrels are the UKs native squirrel species, they can be easily identified in warmer months by their vibrant red-orange fur and contrasting white bellies. In winter, their coat changes to a red-grey colour and the characteristic tufts on their ears get bushier to keep them nice and warm! 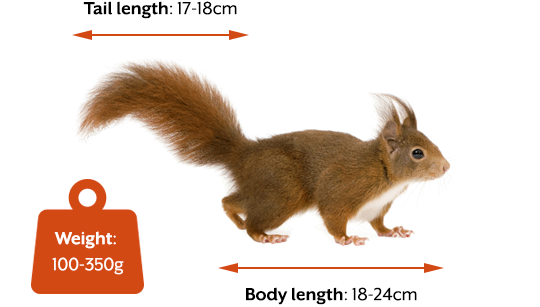 Red squirrels breed twice a year (first litter in spring, second litter in summer) with an average litter size of 2-3 kittens but they can have as many as 6 in one litter.

Red squirrels predominantly live in woodland habitat, preferably mixed woodlands, where they eat a variety of different foods. They prefer to eat seeds and nuts when food is plentiful, however they are opportunistic so will eat anything from fungi to insects. They are a key species in woodland generation as they bury or “cache” their food for the winter. Although they dig up this food during colder months, some of these caches get forgotten and grow into new trees making them engineers of the forest!

Red squirrels are classified as endangered in Great Britain this means they are at high risk of becoming locally extinct. They are a protected species under the Wildlife and Countryside Act, 1981. Reclaiming Reds is one of several organisations in the UK working towards red squirrel conservation, projects include habitat restoration, grey squirrel control and red squirrel introduction. 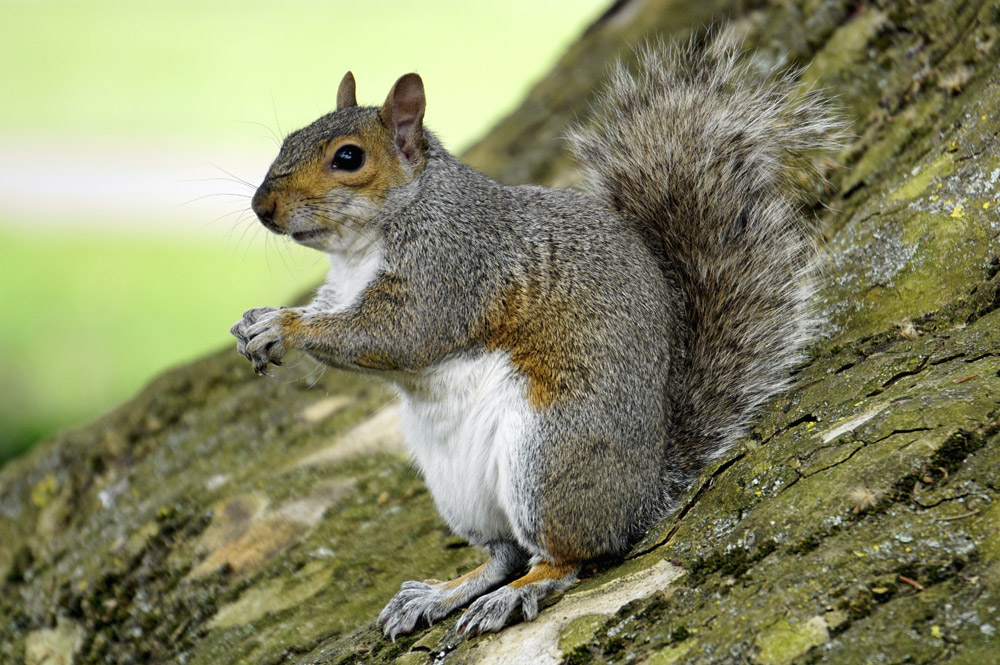 ~2.5-3 million – they are widespread throughout the UK.

Grey squirrels are a non-native, invasive species of squirrel, originating from North America. They are grey-brown in colour, with rounded ears and a bushy tail. In winter when red squirrels turn grey, it can be tricky to tell them apart from one another. An easy way to tell if it’s a grey squirrel is by looking for flecks of brown in their fur and an edging of white around their tails – and remember, greys never have tufted ears! 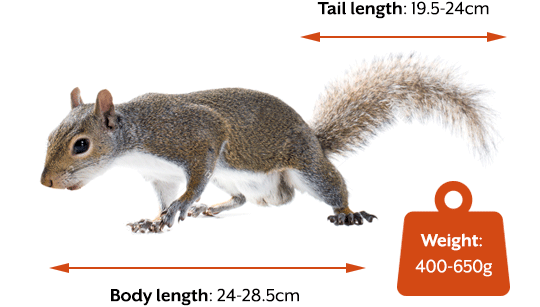 Grey squirrels breed twice a year with an average litter size of 3-4 kittens but they can have as many as 9 in one litter.

Grey squirrels are a non-native, invasive species in UK, however in North America they are naturally found in broadleaf and mixed woodlands where they eat an array of food including acorns, nuts, and seeds. In the UK, grey squirrels outcompete red squirrels for food as they can tolerate a higher tannin (toxin) content. This means grey squirrels dominate food sources in preferable woodlands causing red squirrels to be pushed into less nutritious coniferous woodlands. Lack of nutrition causes weight loss in red squirrels which reduces their breeding success and ability to survive winter.

Grey squirrels were brought over from the USA in the 1800s and kept in private gardens before escaping and spreading throughout the UK. They have since bred and outcompeted the native red squirrels for food and space, as well as being vectors for a fatal virus called squirrel pox. This has caused a huge decline in the remaining population of red squirrels, so reds are now only found in small pockets of the UK.

Greys also cause damage to our native woodlands through bark stripping, leaving our trees vulnerable to disease and dieback, this costs the UK timber industry an estimated £40mil per year in damage.

Squirrels make nests called “dreys”, they build them in the forks of trees at least 6m high, however if they find a hole in a tree, this can be used as a den site instead.

To an untrained eye, dreys can be mistaken for birds’ nests, but squirrels tend to be scruffier with their nest assembly and use more leaves than a bird would. Inside the drey they will use a variety of materials such as moss and feathers to make their beds comfortable.