Happy 51st Earth Day!  The first Earth Day was 22nd April 1970.  20,000,000 North Americans (10% of the population at the time) protested environmental destruction and demanded change.  It was, and remains, the largest environmental protest in history.  It led to environmental laws being passed in the USA such as the Clean Air, Clean Water and Endangered Species Acts and the creation of the Environmental Protection Agency (EPA).  It is largely credited for bringing the environmental movement into public consciousness and has now gone worldwide, engaging 190+ countries and mobilizing more than 1 billion people for action every year.

This year’s Earth Day theme is ‘Restore our Earth’ and that is exactly what we are trying to do at Reclaiming Reds!  Human activity has, both directly and indirectly, driven many vulnerable species to extinction.  Red squirrels are the UK’s only native squirrel species and have unfortunately faced a dramatic decline in numbers.  Historically, they were affected by habitat loss and were hunted for the fur trade, but their population was reinforced from continental Europe and began to increase.  However, the introduction of the bigger, stronger and faster breeding American grey squirrel by rich Victorian landowners has become their biggest threat.  Greys easily outcompete reds and have rapidly spread throughout the UK.  Greys can tolerate a higher tannin (toxin) content in food, these tannins are often higher in unripe fruit and nuts and so greys dominate food sources before it becomes available to the reds.  Greys are also carriers of a disease called the squirrel pox virus which does not affect them but kills reds and spreads rapidly throughout the population.  Without action, red squirrels could become extinct in England in 10 years.  Like many similar projects around the UK, Reclaiming Reds is aiming to control grey squirrel populations in a target area to allow the natural dispersal of our iconic native species.  This helps to reverse some of the damage caused by grey squirrel introduction and gives the reds a chance of survival.  In this case, we are creating a low density grey squirrel ‘corridor’ connecting a local red squirrel stronghold to Knowsley Estate where the last verified red sighting was in 2016.  Once red squirrels return to the estate, continued monitoring and control will ensure the population is protected.

If you would like to help us protect our native red squirrels, there are things you can do to help: 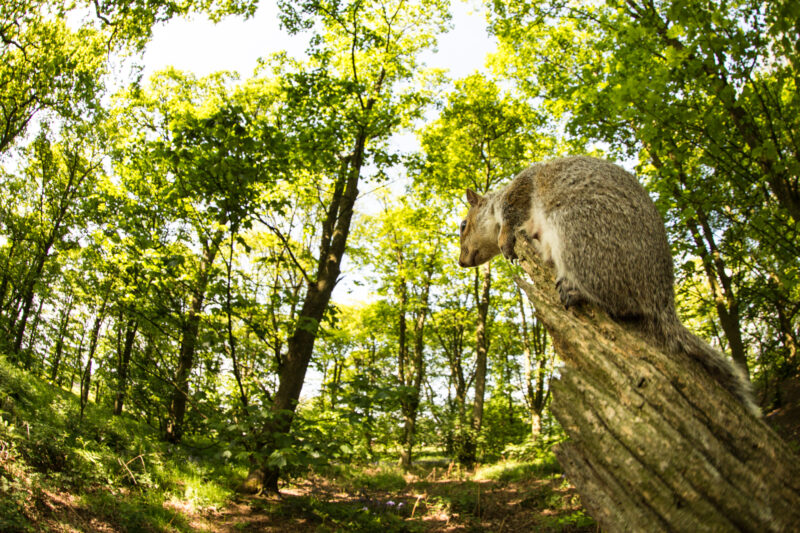